You have just heard about the L-number system and are probably wondering what on earth it all means and what it's for.

Well, hopefully after reading this article, you will have gained some insight into the L and LDA number system.


Loricariidae first entered the hobby under the common miss-conception that all armored catfish ate algae, therefore giving them a use or purpose in the aquarium and were tolerated due to this supposed feeding behaviour. Few Loricariidae were imported in the early stages leaving the hobbyist to track and import what ever could be found, until the opening of a new catchment in the upper eastern corner of Brazil where numerous beautifully patterned and coloured loricariidae were discovered opening the eyes to the public and collectors of other species to the world of plecos. 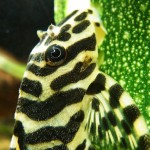 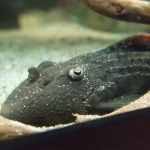 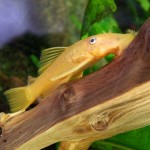 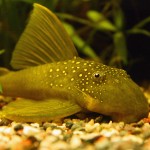 Due to the mass demand for the armored catfish following the newly found species importers, exporters, wholesalers and pet shops bought as much as could possibly be found. With the amount of demand and the few described species of Loricariidae it was left to the exporter to start naming the newly found species, often the same species would be given more than one common name leading to confusion to any collector or importer. Furthermore, the importers of different country's would name species themselves, leading to a great deal of confusion when referring to another country where their common names differed.

Some species were imported with the inclusion of the abbreviation cf (confer) meaning the fish appears to be a described species but the identity had not been confirmed. So in an effort to stop the mass confusion Artur Werner the proprietor of Transfish (the first company to import Loricariidae on a mass scale) and close friend Rainer Stawikowski editor of the aquarium magazine DATZ (Die Aquarien und Terrarienzeitschrift) came up with the idea of the L-number system L standing for Loricariidae. The system would be based from L001 and ascend from there to the next available number. L-Numbered catfish would continue to be scientifically described into families and given scientific names, whilst the L-Number is not to be considered a scientific description of any species it is regarded as a common name, and will probably wrongly continue to remain even after any one species is scientifically described.

The L-Numbers where never intended to be a permanent form of identification, therefore when a species of armoured catfish was later described and issued a scientific name some L-Numbers were recycled and issued to other unidentified species. This became a problem due to the original L-number mistakenly being used for both the scientifically described as well as the undescribed L-numbered species. This practice was later stopped to avoid confusion..

To make things a little more difficult certain Loricariidae were described as being more than one species and therefore given another L-Number later described as being the same resulting in species such as L004 also known as L005, L028 and L073.

Another identification system was put in place by aquarium magazine Das Aquarium with the prefix "LDA" standing for Loricariidae Das Aquarium, this was to run along side the L-number system. This added to the already multiple "L" classifications of some armored catfish a second classification of LDA such as Baryancistrus sp. L142 or LDA33. LDA102 was the last LDA number to be issued after magazine Das Aquarium went under in 2005 but none the less the LDA system is still used for species listed.
Recently Aqualog announced that they are now to continue the LDA system with the newest species being listed as Loricaria sp LDA103 and also Hypostomus sp LDA104

Once more Aqualog have added there own touch to the L-Number system by adding the suffixes a, b, c etc, in an aim to handle regional variations in species such as L187 and also L027. The suffixes are still new to the hobby some choose to use them whereas most still refer by catch location.

More than 400 species of Loricariidae currently have L-Numbers and are still are being discovered and assigned regularly.

Many Thanks to Scott(Rabbit) for writing the majority of this article, also thanks to everyone who contributed.:clap:
This article has been available on the Plecoplanet website but now added to articles in forum too.
M