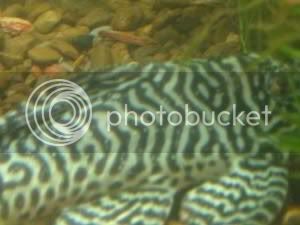 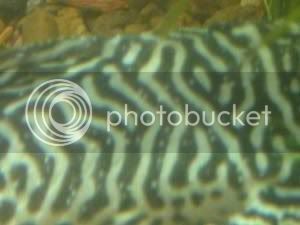 Ich happens…sooner or later. I was pretty paranoid when it first popped up on a new fancy pleco, but I’ve successfully treated it a number of times and now feel very confident that I have a recipe that works. In fact, I have a trio of L075 in QT right now getting this treatment and all are doing very well on it. Here’s what I do.

What you’ll need:
1. Salt (non-iodized, kosher, aquarium, etc.). The iodine in iodized salt isn’t at a lethal concentration, but it doesn’t help anything and so isn’t worth the risk. I like Morton’s salt because it dissolves much easier than rock salts.
2. Kordon’s RidIch+. You can get this at Petsmart for $15 or $7.50 online from www.Drsfostersmith.com. I always have some on hand, just in case.
3. Water changing equipment and dechlorinator.
4. Measuring spoons – teaspoon and tablespoon
5. Activated Carbon (optional).
6. PraziPro (Optional)

Before you begin increase heat to at least 85 degrees, but not higher than 90. Make sure there is plenty of aeration because warm water holds less oxygen and also speeds up fish metabolism. Therefore, fish need more oxygen from the water at high temps. Also, do a large water change (I prefer 50%-75%), which will improve water quality and suck up many free swimming ich organisms. Good water quality definitely speeds up the recovery process.

Day 1: dissolve 1T (tablespoon) of salt per 5 gallons of tank water in a cup. (i.e. 2T for a 10 gallon tank.) Pour around the tank (but try not to pour it right on the filter). Also add 1t (teaspoon) of Ridich+ per 10 gallons.
Day 2: same as day one
Day 3: same as day one
Day 4: one t (teaspoon) of Ridich+ per 10 gallons (no salt!)
Day 5 through (3) days after the last spot is gone (usually 10 days total to be safe) continue to add the Ridich+, and leave the salt in.
Afterwards, do daily 30% water changes every day to remove the salt. You can add carbon to clear the medication if you want, but the water changes usually do the trick. Do not change more than 30% of the water in a day because the change in salinity will shock and kill filter bacteria.

2. The Ridich+ is a safer chemical treatment than any other I've come across. The salt of malachite green is safer than that of Quickcure and designed for scaleless fish. I use this medication in combination with salt, in case of a salt resistant ick strain and to provide some immediate relief while the salt concentration rises.

3. The heat speeds up the life cycle of the ick parasite and keeps you from having to spend an arm and a leg on Ridich+. It also somewhat helps prevent the parasite from attaching to new fish. You can go higher to actually kill the parasite, but I don't like to depend on that method. I'm more comfortable with 86 as a temp than 90. But that's just me.

4. I treat for three days after the last spot is gone because that's how long free swimming ick can survive. You can treat longer for peace of mind, but don’t overdo it and expose your fish to more chemicals than they need. One week past the last spot would be more than enough.

5. I do a big water change before the treatment so the water quality stays good during treatment. I also feed minimally. You can do water changes during treatment if you monitor the salt concentration and keep it constant. More water changes will speed up the process and keep the fish happier. They're just a pain with the medication and salt, so I usually keep them minimal unless the ick strain is tough. If you like to feel that you're doing something everyday, however, it doesn't hurt to change water daily. In fact, this will greatly benefit your fish as long as the salt concentration is maintained.

I've come across only two strains of ick so far. The first dies quickly, spreads relatively slowly, and produces larger and more spaced-out spots. This is by far the most common and usually goes away in 4-5 days with my recipe. The other strain is rarer, tough to kill, spreads very fast (can cover the entire fish in 12 hours), and produced very small spots. It's very lethal (in my experience), but reacts to the recipe in the same way (dies), but in two weeks rather than 4 days. I usually do daily water changes with this, if only to suck out as many free swimmers as I can. I brought this in from another hobbyist and it quickly killed that fish. It went on to infect every fish in the tank, though none died. It was a scary two weeks, though. The spots were so small that they were difficult to see on darker plecos, so definitely look closely at new fish.

If you are treating new/newly imported fish, you could also add Prazipro (praziquantel, made by Hikari) on the first, fourth and eighth days to eliminate intestinal worms at the same time. Prazipro is a very gentle medicine and the only side effect I've come across is that it slightly reduces oxygen content in the water so you'll need to really check aeration. Treat every four days because it kills adult worms but not eggs. Therefore, you need to wait for the eggs to hatch before killing them. The third treatment is more for peace of mind than anything else. I never skip it, however. Jungle Parasite Clear also works but isn't as gentle on the fish and has unnecessary additional ingredients.
D

I had Ich in a few of my tanks a a couple of months ago. ( due to getting new fish and using the same net when cleaning out the tanks of all the poo) lol.
I used Esha Exit to treat the infected tanks. The instructions said treat for 3 days or in severe cases carry on for longer. So I just treated for 5 days and it was all gone.
I also did not do any water changes for the 5 days just before and after treatment.
3

When i had ich in my tank i dosed with salt to 0.3%, turned water temp up to 82F and treated with waterlife protozin. The white spot was gone after a couple of days but finished off the treament.
I recommend the waterlife treatment as i used two doses of some other brand and it didn't touch it.

Thanks for the above as it is always nice to have other options.

Top article mate, I have also noticed that the "white" spots can be yellowish in appearance on some Plecos too. Not to be confused with oodinium which wiped me out once before.
You must log in or register to reply here.
Share:
Facebook Twitter Reddit Pinterest Tumblr WhatsApp Email Link
Top Bottom