Have written this article for the geography page on main website, and also to add to our articles here. Click on photos for larger photos. 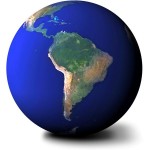 ​
Armoured catfish, or as we commonly know them as, plecos or plecs, are found natively in South America. There are almost 1000 different species belonging to approximately 85 genres, all of which belong to the Loricariidae Catfish family.

The adult sizes of this catfish family can vary greatly. The size of a full grown LDA25 Pitbull Plec is just under 2 inches, whereas an Acanthicus adonis can attain a total length of over 3 feet. Some plecos have larger suckermouths, some have flattened bodies, the digestive systems can vary along with the mouth shape and type of teeth depending on whether they are carnivores, omnivores, woodeaters or herbivores. Some can change their pattern or colour to blend in with the surroundings, presumably to help avoid predators. All these differences are because each genre has adapted to living in different and occasionally extreme environments. This makes it very important to find out which type or types of pleco you have. Once you have an ID, you can then provide the appropriate diet and water parameters which will help greatly to prevent unnecessary illness and even death. 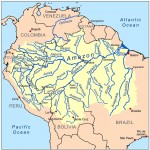 Plecos can be found widely spread across South America, including the Orinoco River Basin, but a large majority can be found in the Amazon Basin. 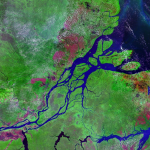 NASA satellite photo of the mouth of the Amazon River
​

The Amazon Basin consists of the Amazon River, which incidentally and also arguably is the second largest River in the world and has over 1000 tributaries, which as you can see on the map stretch into several countries including Paraguay, Equador, Peru and of course Brazil. It is estimated that one third of the Amazon Basin is in Brazil. It is also estimated that the Amazon is responsible for a fifth of the total volume of fresh water entering the oceans worldwide. As well as pleco's and corydoras, the amazon is also home to many different types of fish including piranha, various tetra species and the Amazon Dolphin which at 9ft is the largest freshwater dolphin. 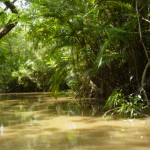 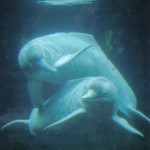 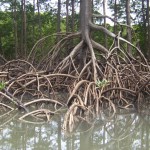 The Amazon Basin is also intertwined with the Amazon Rainforest, the largest rainforest in the world. It provides over half of the planets rainforests, and is very species rich, there are even parts of the rainforest that have been untouched by human presence. 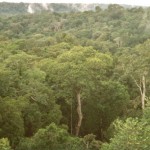 ​
The Loricariidae Catfish family have adapted to living in different river types including clear, white and blackwater. Whilst the majority of pleco's can be found in the flowing rivers of the lowlands (Ill get back to them further down), there are some that have adapted very well to living in fast moving mountainous rivers which after a period of rainfall can transform into rapid moving torrents. Not many fish would be able to survive but pleco's such as Chaetostoma and Ancistrus have developed large suckermouths which they use for holding onto rocks and avoid being swept away during these harsh conditions. In the aquarium these plecs need lower temps, higher ph and high levels of dissolved oxygen in order to survive and thrive.

Now to the air breathers. Have you ever wondered why your common pleco or goldspot periodically rush to the surface and gulp some air? Well the reason is they have developed this ability in order to survive living in still waters with temperatures that can go way over 30c resulting in very low levels of DO (Dissolved oxygen). They, as with other armoured catfish also use their gills for respiration but should such conditions as described above arise, they will use their ability to surface breath. Typical families of pleco's that can do this are Pterygoplichthys, Liposarcus, Hypostomus and Ancistrus. Note that if you observe this behaviour too often then there is a problem within the aquarium.

As mentioned above, a large majority of pleco's originate from the fast flowing, high temperature but oxygen rich rivers from the lowlands. Hypancistrus and Panaques which have grown very popular in the aquarium trade over the last few years are just two of many pleco families. Infact, whereas most types of plecos can be found wide spread over South America, Panaques only come from the Basins of the Amazon and Orinoco Rivers. 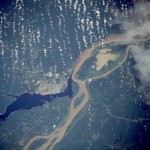 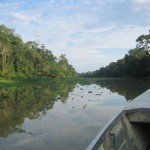 
Ban
Due to increased interest and demands from aquarists over the last few years, IBAMA have found it difficult to keep up with what is leaving Brazil. A big problem arose when the Hypancistrus zebra pleco(L046) seemed to be diminishing very rapidly in the wild. This prompted an export ban imposed by IBAMA in order to preserve this species which was in danger of disappearing altogether. More recently an export ban from Brazil has been enforced on many L-numbers by IBAMA, the reasons behind this are difficulties keeping track of exports plus the fact that the describing of L-numbers has become very slow. The current 'white list' is a list of allowable exports that has been in force for a few years, this is the very same list that was enforced by IBAMA in 2008, halting the overlooked exportation of many plecos. However, the ban is rumoured to be a temporary measure, and plecos will hopefully start to be added to the 'white list' in the foreseeable future.


Dams
Brazil has plans for dams on the Rivers Xingu, Madeira, Tapajos and Tocantins, as well as other major tributaries of the Amazon Basin. The Xingu is the home of the Hypancistrus Zebra, Panaque 'Rio Xingu', Scobinancistrus aureatus(L014), these are just 3 of many equally important plecos, corys and other fish that inhabit the river. The building of the dams threaten the very existance of all these fish, some even refer to the River Xingu as 'Lake Xingu'. It isn't thought that the fish will be able to survive such a sudden change and many conservationists are calling for the building of the dams to be halted. The latest news concerning the Xingu dam is here

Back to nature guide to L numbers written by Ingo Seidel

A special Thank you to bre for proof reading and minor adjustments.
M

What gem a spot on well planed bit ov stuff

Well done Doodles that will help alot of members new and old.

Thanks very much, enjoyed writing it:yes: