A word of warning: DON"T keep adult L333 and L066 together in the same tank as they can and will crossbreed.

It seems its not so easy to tell the difference between L333 and L066 but here some photos which may help.

This is an adult male L333 tail. Note there is not a huge fork in the tail but the tips or filaments are a little longer.
You could call the shape a crescent moon if you like or if you turned the fish the other way a C.
Ignore that the fish is white, I've especially kept him for his white qualities and despite the market name calling them yellowish king tigers, they do come in white as well. 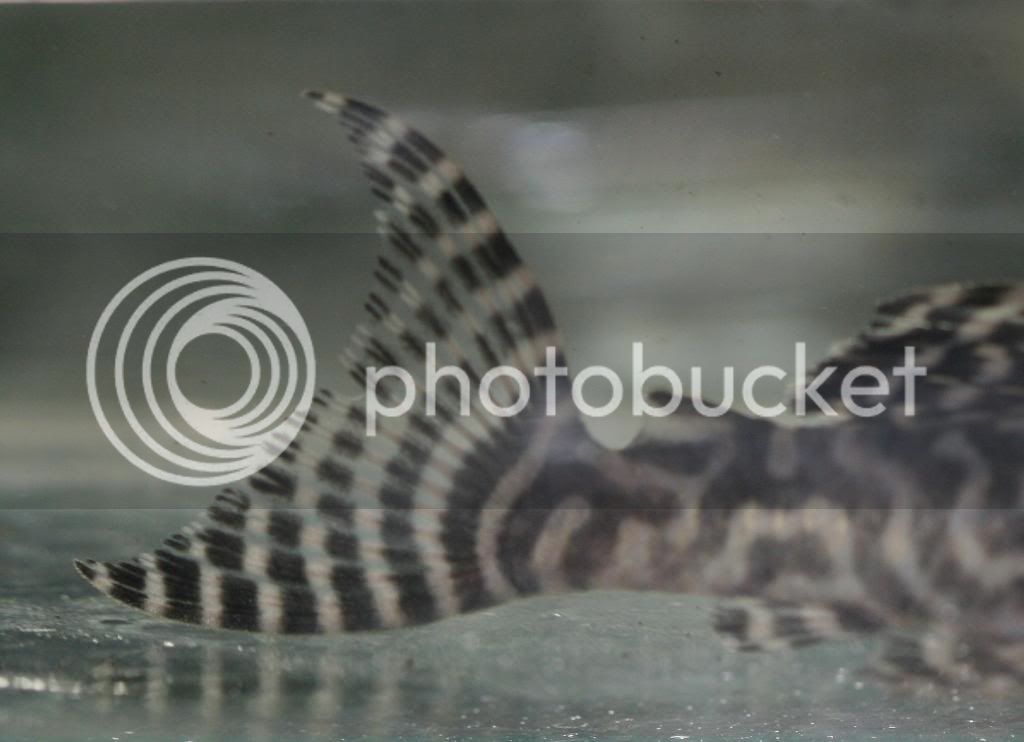 This is an adult female L333 tail. No great fork or even great tail filaments either. Doh ignore the smartie shrimp too. 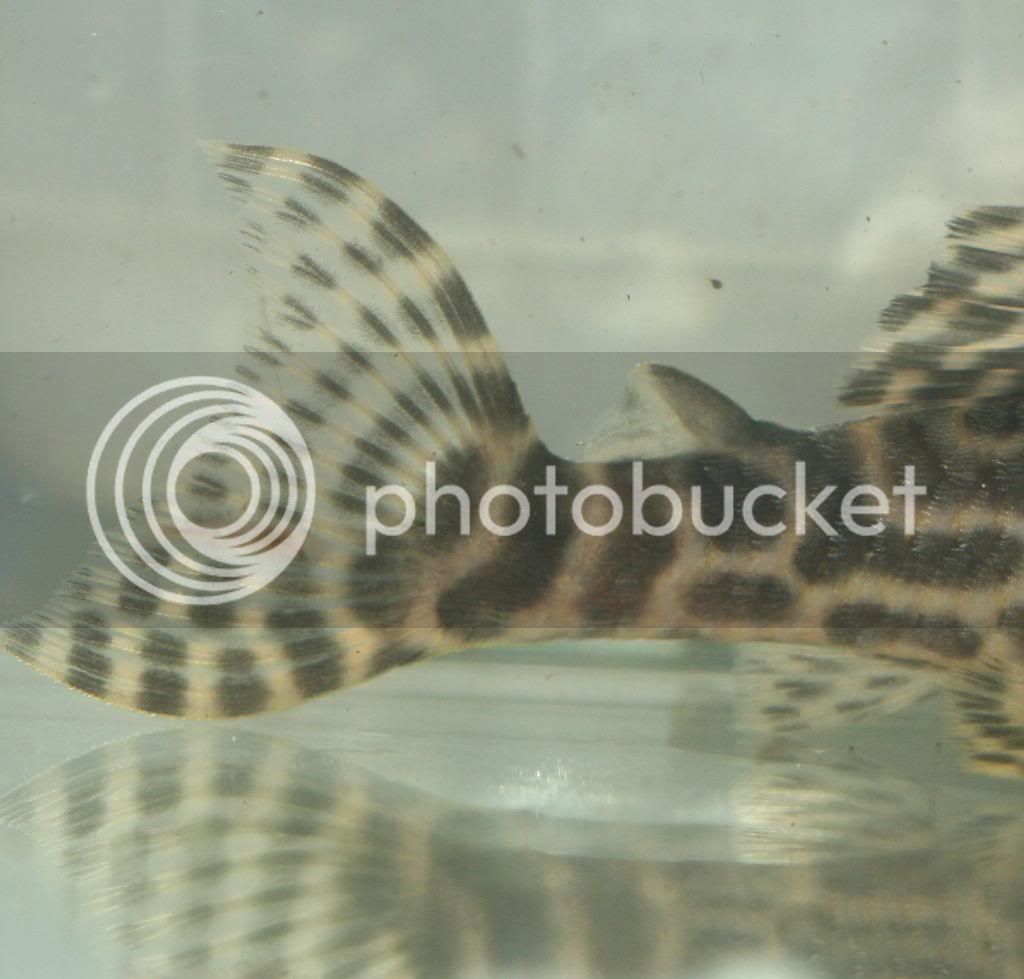 Now here's where it can confuse some people. This fish is 5.5cm and he is a L333. Actually its the baby photo of the adult male. He is at the gangly stage where the tail has developed and the length of body is there, but he has no width or bulk yet. Rather like a teenager. His tail tips or filaments are quite pronouced and you could be forgiven at this stage for mistaking him for a L066. This is why the side on photos of them are so important and if you are buying them as fry then perhaps a photos of the adults may help to make sure the fry is in fact a L333.

Adult male L066 tail. Note the really long tips or filaments to the tail and a very pronouced V or > by the photo.
Maybe its long to turn the girls on?
No idea what the red thing is on the photo, bit of paper or something. 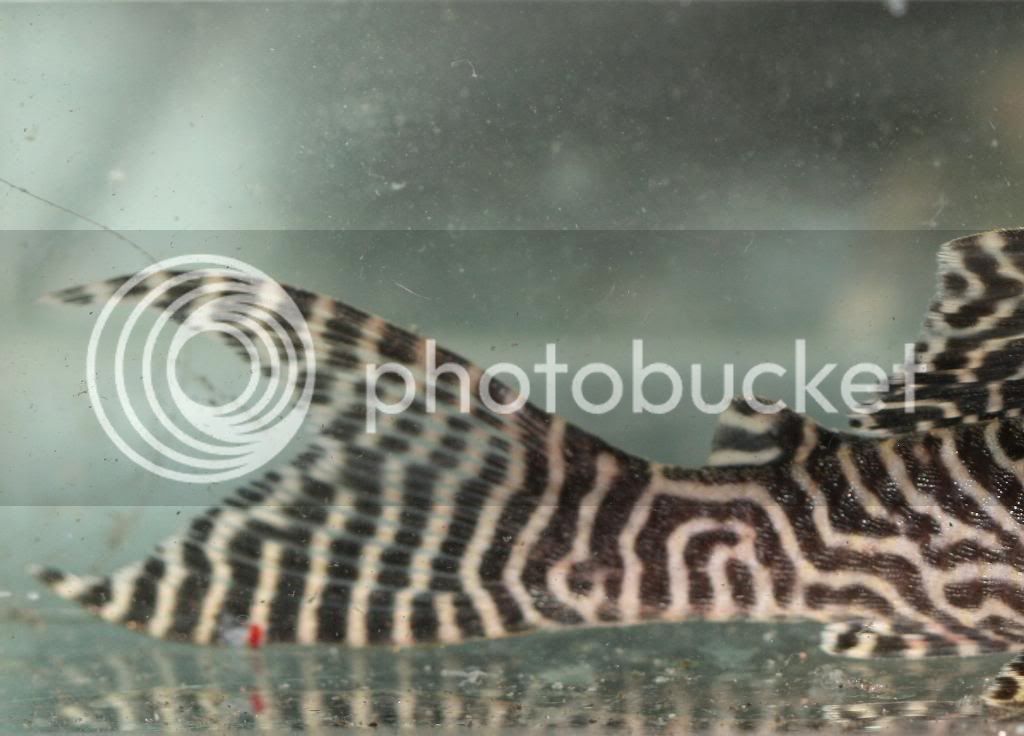 Here is an adult female L066 who isn't sitting on quite the best angle but look at the crazy long tail tips and V on her! 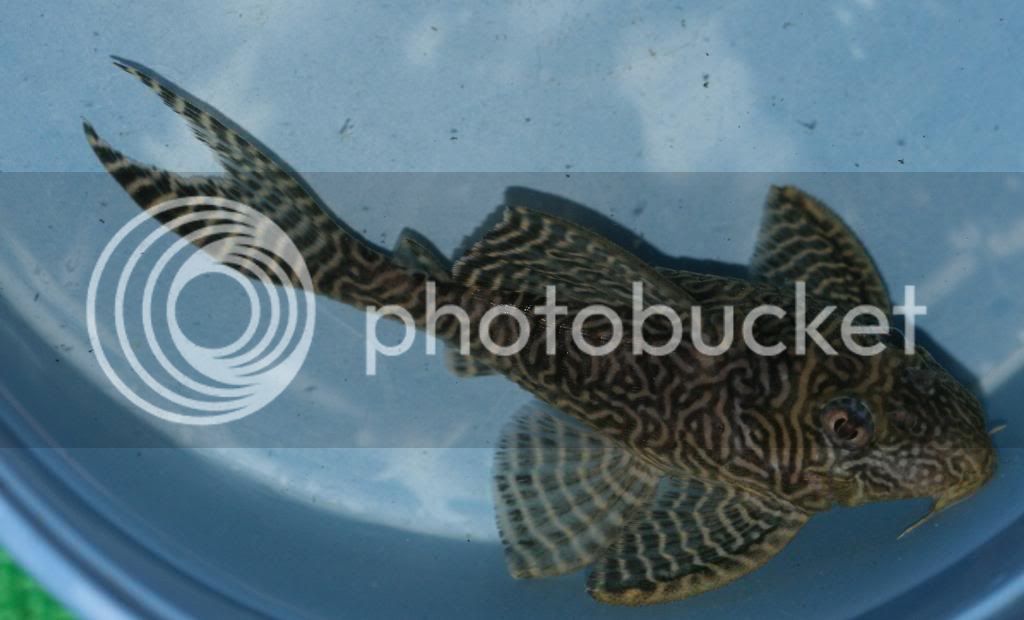 This is a 4 to 4.5cm L066 juvie who hasn't really even grown the nice tail filaments yet. This is also where parent photos could confirm it is in fact a L066 fry.

All those patterns and swirls, I reckon theres subliminal messages in them if you look long enough lol. I even have an older L066 who as degenerated her lines into areas of spots so there isnt really any rules on patterning. 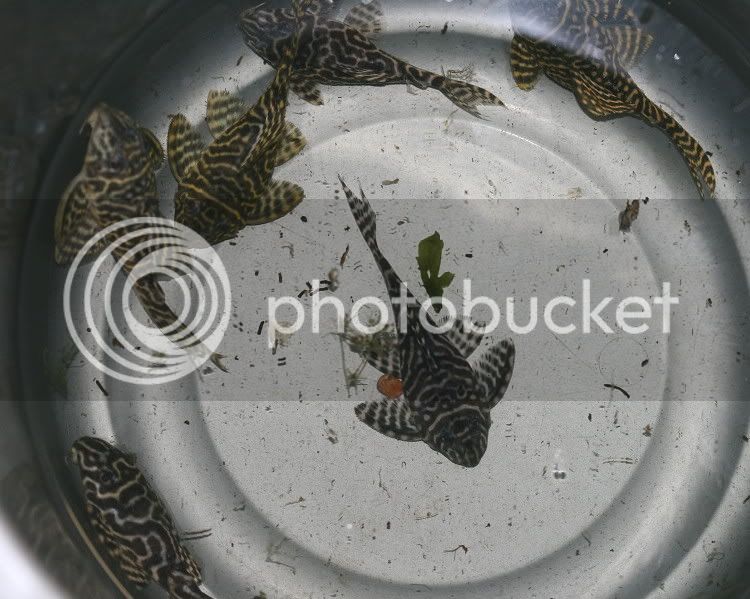 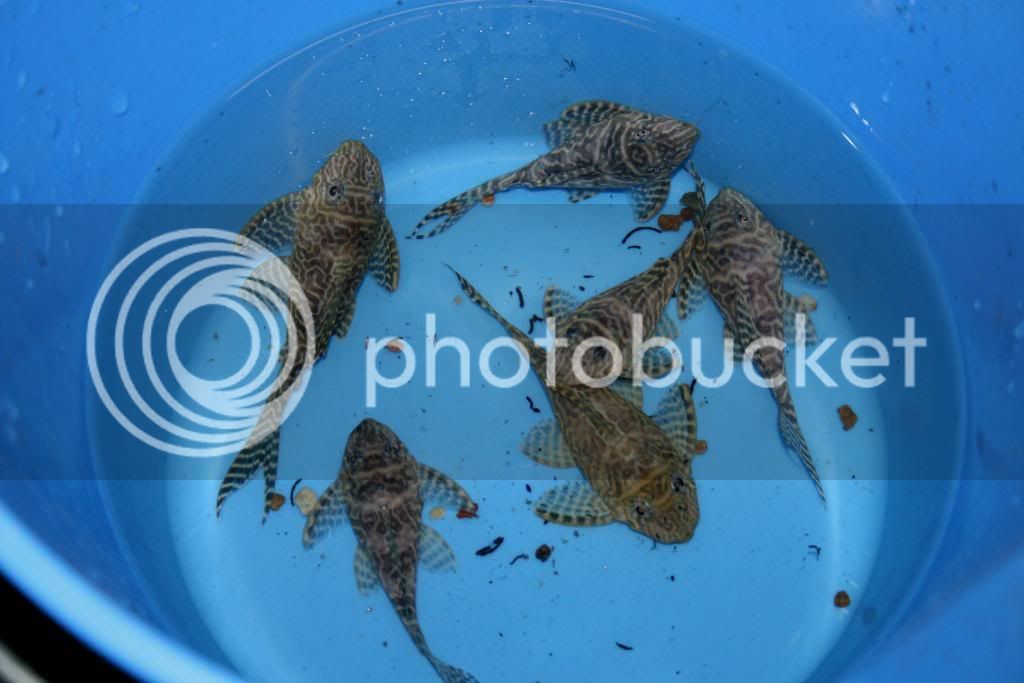 So in conclusion, those with young L333 or L066 who aren't quite sure what you have, don't be too hasty in making your decision as juvies can change their appearance quite a lot in a few months. Just be patient and take some more photos later on.

I should do a post on sexing lol. See the L066 in the last photo top left with the initials LR in its head? For years I swore it was a male, well a week ago I wondered why I wasn't getting any fry with he and his Mrs.
Turns out its a female!

how funny is that. at least you found out. cheers jk :thumbup:

lol, proves some of the females can be a bit hairy too!
F

I find this post informative thank you
But it has me thinking perhaps l333's & l066's have been crossed here in oz to give the 333 a white colour? If so could it mean that all 333's are meant to be yellow and black and 066's are meant to black and white
Since we don't get new blood from over seas nor is it worth importing them
Should we try correct the line?
Maybe we should get some overseas members say perhaps

Well I am proud of the fact that my colony of L333 are pure blooodline and not crossed breed. The way it should be. Just sayin. :whistle:
Good write up Bren for those that didn't know how to differentiate between the two.
R 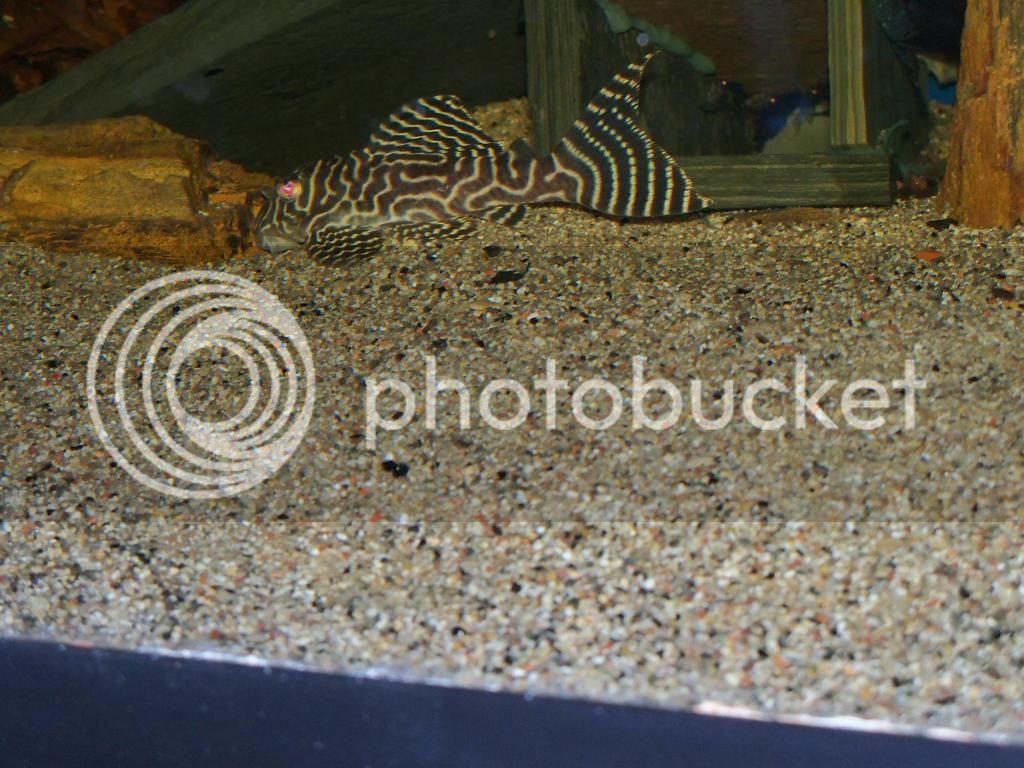